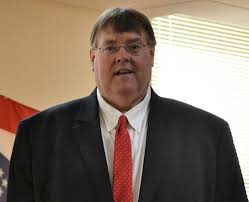 Judge Roy Gabbert has served as the Adams County Court Judge since January of 2019, after being elected to a six year term.

Upon graduating from The Ohio State University College of Law in 1989, Judge Gabbert began practicing law in Adams County, Ohio, where he was born and has lived all of his life.

Roy Gabbert is a dedicated fan of the Cincinnati Reds and makes a happy noise singing in the choir at the Seaman Church of Christ. Judge Gabbert and his wife Amy make their home in West Union, where they are raising their daughter, Lucy, along with a much pampered dog, Ariana.